Search
“I’ve got someone I want you to meet.  You will get along great with her,” said Elder Dunn, a missionary for the Church of Jesus Christ of Latter-day Saints (also known as the LDS or Mormon Church), when I was living in Henderson, NV, in 2013 while finishing graduate school.  When I wasn’t in school or working, I was engaged in something I am still very passionate about, missionary work.
“Here’s her phone number,” said Elder Dunn.
“K, great, thanks.”
“By the way, she was a stripper, and it’s taken 10-years to get her baptized.”
“Really?  That is awesome!”
I officially met Kym Hoe face-to-face the night of her baptism into the LDS Church.  There she beamed with the spirit.  Yet, our friendship initially began over the phone.  From the moment we spoke, we connected.  It was like meeting a long lost friend.
New “profession”
Kym grew up in San Diego, Calif.  She got into dancing because her husband was dancing.  She thought, “If he can do it, I can, too.”  But her San Diego dancing days were more like serving drinks in skimpy outfits.
Fast-forward a few years, Kym and her husband both found themselves in Vegas.  He later danced around the world for a company similar to Chippendale’s.  And she easily got a job dancing at a strip club.  Only this time, she would be serving more than drinks.
Yet Kym said she never felt right, even though the money was more than good and the validation amazing; it was just no way to raise a family (she and her husband had two sons).  Let alone for there to be any kind of trust in a marriage.  Kym later found out that her husband was a sex-addict and cheating on her.
But she was able to buy a few houses, get the necessary plastic surgery to compliment her job, and do pretty much anything she wanted.
Light, truth and knowledge
Then one day, Brooke Watson, one of Kym’s neighbor’s asked, “You wanna go to a Relief Society activity.”  This would be the start of a 10-year odyssey of her learning about the Gospel of Jesus Christ in which she would attend church, then not.  On-and-off and off-and-on again.
“I felt out of place at church.  I hated skirts.  I didn’t even own one.  I drank coffee and alcohol.  I danced, but I still went to church occasionally for at least five years.  Then I got serious and started going regularly.”
Kym knew though it was time to leave dancing when a fellow stripper said, “You need to go to church. You feel better there.” But she felt the adversary pulling her to stay in dancing because the money was good. Not to leave out she had been doing this for 20-years and was ‘tenured’. Actually, it was the only profession she knew.
Today
Life is good even if Kym still struggles “with life’s daily crap that Satan brings,” as she explains it.  Her career as a massage therapist at the Bellagio and as an Esthetician at Massage Envy, “is great” she says.  Yet, her ultimate goal is a noble one.  To help young girls and women stay away from that alluring strip club dancing profession.  Similar to what former exotic dancer Nikki Yaste, and also LDS convert, is doing LDS blogger’s journey from abuse, pornography to transformation
Kym wants to teach them there are alternatives.  To bear her testimony of the truth.  To pull them aside and say, “If I could leave dancing, you can, too.  Let me teach and show you how.”
“I am so happy to leave my dancing career. I know Satan tries so hard to make a mess of my life, but the blessings are amazing!”
And even though her current husband, Michael, was recently diagnosed with Bipolar II Disorder, all Kym knows is to go forward.  To get up everyday and trust and to walk by faith even if still in the city where she once lived another life.  “After I got baptized, I hated the strip.  Just the energy there brought back many bad memories.  But I know that Heavenly Father wants me stronger than that since there are many things I need to be strong for.”
“I love the Gospel because it’s perfect in every way.  And a beautiful plan to our future.” 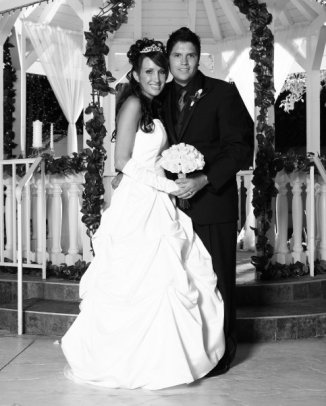 (Hoe Personal Photo)
And just like that, Kym goes forward with dignity and teaching her three sons that choosing the right is the only way.  Even and especially if everyone is saying otherwise.  Kym knows she can lay her head down at night, after expressing gratitude and praying to her Father in Heaven, “thank you for finding and saving me.  Please help me do the same for someone else.  In fact, lead me to them.”
After all, she is a testimony that anything is possible.
Even for a former dancer. 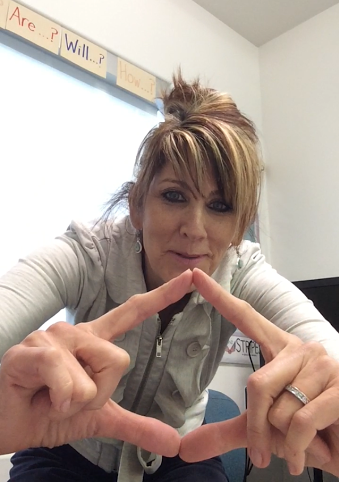 Happy Awesome Day! I hope you are excellent. I am excited to meet you! Let's learn together. For more information on me Click Here Feel free to check-out my hope-based site. If you have a hope-based story, let me know, and I'll write one about YOU! Chat soon. In the meantime, keep doing great things! ;)

PS: Make sure to stay in the loop for free ideas on how you can become hope-based in everything Click Here